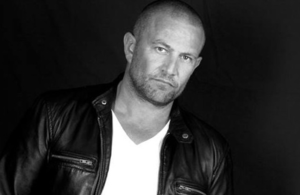 Born in Bristol England, Ian’s early career as a Songwriter/Producer/Vocalist saw him signed to one of the biggest music publishing companies in the world, the famous Zomba Music Publishing Group. In the years to follow this period, Ian began to explore other avenues in Song writing and music production. Soon he found himself producing Electronic Dance Music where he found his new passion and where his journey in Trance begins. After a number of successful tracks released on Slinky, Skinny & Extravaganza, Ian decided to take an extended break from producing to start a family. In early 2012 he decided to return to music and started producing again. During his first year of production, 3 tracks reached the number one spot on Trackitdown’s Top 100 Trance Chart: His remix of Touchstone & Julie Harrington’s – Forbidden, his remix of Gareth Weston – Checkmate, and an original track – She’s Wonderful!