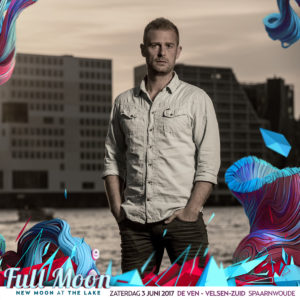 Without doubt one of the hottest DJ / producers to emerge from Holland in recent years is Richard Durand. The Richard Durand sound is both dynamic and devastating, fusing the best of trance and progressive with edgy techno and electro influences. As a DJ he has the ability to work crowds into a frenzy through his performances and taking listeners on a whirlwind journey of cutting edge tracks, exclusive reworks & bootlegs, slick mixing and technical wizardry behind the decks. It’s a combination that’s made him ‘must see’ material and a star performer at A-list events; headlining global festival brands such as Sensation, A State Of Trance, Global Gathering, Mayday and more.

As a producer, Richard first gained international recognition when Tiësto personally commissioned him to remix no fewer than four separate singles including ‘Lethal Industry’ and ‘Flight 643’. A remix of Armin van Buuren ‘In And Out Of Love’ soon followed alongside a raft of hugely popular reworks of famous tracks such as Prodigy ‘Smack My Bitch Up’ and Snow Patrol ‘Chasing Cars’ and Art of Trance ‘Madagascar’.